Let’s do a rethink:The process of NGO-isation and de-NGO-isation of Nepal’s civil society 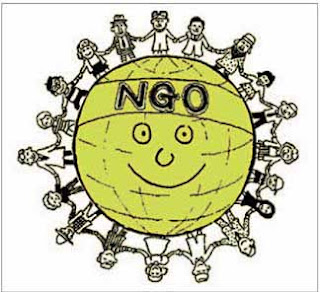 As constitution writing gets stalled and frequently rescheduled, it seems the popular energy and strength that was so much in evidence in the historic People’s Movement II has all but dissipated. Protests and pressure campaigns by civil society groups are routine occurrences — but are these as effective as they once were? Is Nepal’s civil society in danger of losing the effectiveness that it demonstrated forcefully just three and a half years back? How might this be prevented? Perhaps we can begin to reflect on this point through the experience of other countries.

A key process affecting civil societies worldwide has been called “NGO-isation”. One scholar succinctly defines this as “the process through which issues of collective concern are transformed into projects in isolation from the general context… and without due consideration of the economic, social and political factors affecting these projects”. (Islah Jad “NGOs: Between buzzwords and social movements”, Development in Practice volume 17, 2007). NGO-isation takes place through a process of professionalisation and projectisation, and in both Bangladesh and Palestine (at least) it has been associated with the attempts by international donors to promote “civil society”. Professionalisation comes about through the increasing inclusion of professionals on boards or administration; while projectisation involves the transformation of a cause for social change into a project with a plan, a timetable and fixed budget.

Per se, professionalisation and projectisation seem to represent only positive developments. There is, however, a drawback to both processes. Both the case of Palestine and Bangladesh have shown that NGO-isation had a negative effect on social movements, which it contributed to demobilise. This depoliticised civil society, leaving ordinary citizens in these two countries without a means to act politically. By “acting politically” I do not mean to refer only to participating in party politics. I mean to engage with issues of public policy relevance; to partake of public debate, to be heard and have some influence on such debates, through a diversity of channels and institutions, among which political parties are just one. Needless to say, the loss, by ordinary citizens, of the ability to act politically is a setback on the road to a more democratic/participatory, equal and inclusive society. In Nepal too, civil society has undergone a process of NGO-isation, as indicated by the fact that, till 2005 at least, “civil society” was often understood to mean “NGOs” alone. Civil society associations became or aspired to become professional, and their work involved the designing and running of projects. That such modes of operating are depoliticising and hamper the ability to act politically is not news in the Nepal context. Some intellectuals (e.g. Gopal Shiwakoti “Chintan”) have lamented the effects of youth’s involvement in NGOs, arguing that it makes them politically illiterate and apathetic. Others have pointed out that the well educated and full time staff needed to run professional NGOs and their projects generally do not express strong personal opinions for the common good of deprived groups (K.B. Bhattachan), while women hired by INGOs for their fluency in English have little commitment to women’s issues and the women’s movement (Meena Acharya).

Such was the trend till around 2005, in any case. A surprising development within the NGO sector occurred at the height of the conflict and the period of increasing authoritarianism under exking Gyanendra. Here, began a process of “de-NGO-isation” — an increasing and principled rejection of the culture of (mainstream) NGOs; of their dependence on foreign funding, their formality and hierarchy, and their elitism, i.e., their capture by elite, well educated groups. Among certain human rights NGOs in particular, there evolved a kind of “counter-professionalism”: This emphasised volunteerism rather than salaries and allowances for conducting NGO work; mobilising local funds and resources rather than seeking international grants; experiential learning rather than formal qualification — an “anybody can do it” attitude.

It was accompanied by a questioning of the value of projects and the merits of planning, while spontaneity and flexibility of programming were prized. Priority was given to responding to political developments. Informality, a rejection of rigid chains of command and fixed positions was the norm; there were no strict office hours as the office became not just a site of work, but also a shelter. Overall, such movement-organisation hybrids were characterised by material simplicity, non-hierarchy, an enormous reserve of energy and will, and most importantly, the ability to act politically.

The fact that they did not depend on projects meant that they could respond immediately, and in some cases, steer, political incidents — for instance, organising goodwill rallies in the wake of the August 2004 killing of Nepali citizens in Iraq (Nepalgunj). It meant, also, that they felt no fear that funding would dry up when they took a stand in favour of democracy and republicanism against the then regime and some international interests (2005-6). Again, there was no compunction when, in the protests of 2006, they began rescuing the injured and not simply observing from the side — an innovation in terms of human rights practice, but also a political act.

Such modes of working — flexibility, spontaneity — were, of course, a need of the times, the product of a politically volatile situation. The question arises whether these modalities are appropriate in the changed scenario, for flexibility and spontaneity can easily slide into chaos and unsystematicity. Should, at this point, organisations again give priority to project approaches to their work? What might be the costs? Will human rights programmes once again become ritualistic rather than politically effective — unable to reach the ears and hearts of those in the seat of power, let alone those of the general population? In other words, will the ability to act politically, by these civil society actors, be lost once again?

The issue to ponder is, what we can learn from such experiences, namely the attempts at “de-NGO-isation” of organisations under the ex-king’s regime. Perhaps we should take this opportunity to reflect on the idea of professionalism and the kind of professionalism that should be encouraged; whether, in the case of Nepali NGOs, it might be possible to move away from projects or towards much more flexible project approaches; whether we can, ultimately, buck the trend worldwide and here, in Nepal, create new types of civil society actors that are both politically effective as well as well resourced and managed. At least we — meaning those concerned with civil society, with NGOs, with citizen activism — we need to recognise and take up the opportunity to reflect, debate and innovate that the current situation so generously offers.

(The author is a visiting research fellow at the University of Sussex. She is working on a research project exploring Nepal’s civil society during the years of the conflict and she is also a member of New Angle Writers)

Posted by Ramesh Adhikari at 1:09 AM